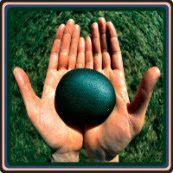 Saint Paul, Minnesota's Nicholas Mrozinski lost over one hundred pounds since his last album, acquiring a world of new energy and perspective. Mrozinski channeled both into his newest project, Together We're Stronger, with the help of some of the best and brightest of the Minneapolis music scene. Together We're Stronger features Mrozinski's signature voice and far-reaching influences in a project that can be downright confounding but also produces flashes of genius.

Mrozinski brings a Joe Cocker air to Together We're Stronger, opening with the Country/Americana flavored Window Of Sage. It's a song about stripping away the things that slow us down on the path of life, getting back to the basics that sustain us. The song develops into a lyrically dense bit of musical poetry, including a big, warm chorus that works in horns, guitar, bass, keys and some strong vocal harmonies in the background. Easter And Keeko takes stock of the important things in a Van Morrison-esque Folk-Rocker with just a hint of edge. This is a joyous song, although in the subdued persona Mrozinski projects. What's This allows Mrozinski to show off his soulful side, with a strong R&B style tune with distinctive Country undertones. This is a great tune that will get stuck inside your noggin and refuse to leave. Above All Else is a sorrowful song of devotion that underscores the need to seize the moment. The song drips emotion without sounding cliché as Mrozinski's big, textured voice takes the helm of the melody and drives it home.

Queen Of The Angels tries to loosely recreate an urban soundscape underscore by a funky bass line that makes you want to get up and move. There's a vaguely psychedelic feel to the song that all includes a spiritual element to it. This is one of the more intriguing compositions on the disc as Mrozinski plays with sounds grandly throughout the song, all thrown up against a light Reggae beat. At The Table With Passion grabs hold of a Country/Gospel hybrid with a vaguely mournful feel to it. The song is wordy and borders on a bit too busy in the vocal line but essentially works. Strong devolves into a true mess, using universal ideas to draw in elements of Reggae, Rock, R&B, Gospel and Jazz to create a sonic stew that becomes inextricable. Together We're Stronger closes out with Della Jean, a gentle instrumental that eases listeners out of the listening experience.

Listening to Together We're Stronger is like listening to a soundtrack for Attention Deficit Disorder; Nicholas Mrozinski is all over the map stylistically without any real sense of plan or flow. There are some great moments here, and the musicianship is generally very strong, but the disorganized feel of the album is distracting. Mrozinski seems particularly adept and musically in touch on the melancholy Country material and somewhat out of place on the more R&B/Soul influenced material. Together We're Stronger is a solid listen, but just has too many questions about itself to really connect with listeners on a consistent basis.

You can learn more about Nicholas Mrozinski at http://www.thefeelin.com/ or www.facebook.com/thefeelin. You can purchase Together We’re Stronger through Mrozinski’s web store.
Posted by Wildy at 5:00 AM