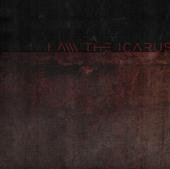 San Diego's Daniel Godfrey is I Am The Icarus, and Indie/Alt-Rock band in the same lineage as Silverchair and The Smashing Pumpkins. Mixing strong melodies, lush layered guitar sounds and high production values, I Am The Icarus has a sound certain to garner some attention. The band's self-titled debut EP was release in 2008. Produced by FAR/Deftones alumni Shaun Lopez (who also played guitar on the album) and with drumming from FAR's Chris Robyn, I Am The Icarus takes off on a strong note.

I Am The Icarus opens with Destination, a mellow, down-tempo rocker with a gothic/lyric sensibility and a radio-friendly sound. I Am The Icarus does a 180 with Faster, an urgent edge rocker that abandons the melodic basis of Destination for a Nine Inch Nails-lite aesthetic. Miss Blue has a very generic alt-rock feel that fits in well on commercial radio but isn't like to be remembered once it falls out of rotation. The same can be said for The Secret To Living Is Dying Well. Behold! The King Of Gloom is much darker and less cynically commercial, drawing on a Kurt Cobain style angst and a run-on lyrical style to create a memorable moment.

I Am The Icarus is a decent effort musically, but just sounds too much like too many other bands to really stand out from the pack. After listening to the EP a half dozen times there isn't a particular track that really stands out in memory, due in part to the highly homogenous sound of the album. Godfrey is a decent singer and creates a layered sound that is pleasant to hear but just doesn't find the spark that ignites a passion in listeners here.

You can learn more about I Am The Icarus at www.myspace.com/iamtheicarus. I Am The Icarus is available digitally through Amazon.com and iTunes as well as several other outlets.
Posted by Wildy at 5:00 AM