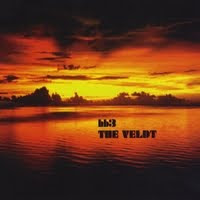 HB3 is setting music free with a sound that combines organic electric instruments with electronic sounds and effects in fashion that might just be unique. Bridging the gaps from Charlie Parker to Eric Johnson to Yes and through Ravi Shankar on the way back, HB3 paints with a broad musical brush that's as interesting as it is hard to predict. HB3's latest album, The Veldt, is loosely based on the Ray Bradbury short story of the same name. HB3 looks to create a musical place of pure imagination and creativity both as a refuge from the world and a means to understand it.

The Veldt opens with Overture (Behold The Sea), sounding a bit like Mannheim Steamroller with Eric Johnson on guitar and Rick Wakeman sitting in on keys. Keyboard, guitar and piccolo bass pass the major and minor themes back and forth in a composition with theatrical implications. Pay Me Pray Me is described by HB3 as a prayer to Eros; the song itself is hard to decipher on the lyric side but plays like a very repressed alt-rocker with progressive tendencies in the chorus. The Veldt plays off of African rhythms and a somewhat demented bit of song construction to create a fantastical vision that crosses cultural and musical boundaries with each sonic breath. Perhaps the most interesting interlude in the song is a bass solo that sounds like it has been amplified with some electronic effects.

Casual Betrayal sews together threads of Brit Rock, Folk and 1980's keyboard-driven New Wave; the song explores the lack of honor in modern society and how it is passed from generation to the next like a social disease. HB3 manages to sound quite a lot like 54-40's Neil Osborne on this track. Manimal! combines Hip-Hop and Electronica with Horror-movie style themes. Manimal! is all over the musical map and is better heard than described. Harmonium takes Dennis DeYoung-style keyboard work (you might pick out distinct similarities to the opening of Fooling Yourself) and builds into something reminiscent of some of the experimental soundtrack work of the late 1980's. Fans of Giorgio Moroder will find themselves on familiar territory for much of the song.

On 007, HB3 pays tribute to Isao Tomita with a composition that runs the gamut Sci-Fi and Space Age novelty. Computers and spaceships as they may have been sonically imagined in the 1960's and 1970's reign here. Close But No Cigar is one of the most intriguing compositions here; I spent a dozen or so trips through this song trying to come up with a "sounds like" comparison and couldn't find anything that quite fit. The closest I came is to think of Pink Floyd as produced by William Ackerman. The Veldt closes out with Lion & Lamb which turns out to be something of a musical reprise of the entire album, in turns. Most or all of the major thematic elements of the individual songs come back in Lion & Lamb; a sort of musical yang and yin that compels the album while drawing all of the pieces together.

It's rare to come across a recording that's wholly original. HB3 achieves this not by fearing or shunning his influences, but by embracing them wholeheartedly and using them to loving create new ideas with old phrases. In a medium governed by eight basic notes it is often the music musicians themselves consume that drives their creations. HB3 takes all of these musical ideas that have entered his mind over the years and resets them as something wholly new and original. The Veldt is brilliant.

You can learn more about HB3 at http://www.hb3.com/ or www.myspace.com/fromthelaboratory. You can purchase The Veldt as either CD or download at CDBaby.com.
Posted by Wildy at 5:10 AM