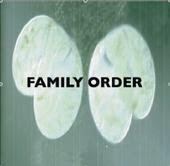 Chicago hipsters Family Order have a new sound you’ll find intriguing. Referring to themselves as a classical jam band, Family Order brings a love of unusual chord progressions and rock instrumental music on their debut album, Family Order. The 7-track EP, released in 2008, has garnered them significant attention at home, and the band is starting to branch out across the Midwest. Keyboardist Eitan Bernstein and drummer Charlie Dresser began writing together in 2006, and pulled in bassist Ben Smith and guitarist Dan Guzman to fill out the sound on stage.

Falling somewhere between King Crimson and Maurice Jarre, Family Order constructs neo-classical/jazz/rock jams with a strong Progressive bent on their self-titled debut. Cantstandya is built on long, undulating keyboard runs interspersed with nouveau jazz breakdowns. There is funky heart to the music that drives it along its merry way while musical chaos plays just at the edges of the soundscape. Even the musically introspective middle of the pieces serves the freeform feel of Cantstandya. Marvin is nine minutes and twenty seconds of ethereal construction that is interesting to listen through. High Gleamin' Beams has an almost Easy Listening gone modern sound with some interesting voiceovers popping up at points throughout the song. Jack Buckingham has a wonderfully oceanic quality, like being rocked by wave after wave of sound; always gently but with perceptible force. Funky Republican possesses a circular, cyclic nature where the theme never seems to progress; this may an artistic political statement. Invention is a reprisal of Cantstandya in a fitting epilogue to the album.

Family Order has crafted seven unusual and highly interesting compositions for their debut. Family Order is the sort of rock instrumental CD that you can't relegate to the background. The songs will tug at you and demand to be heard in the same fashion that a Miles Davis or Yes album will do. Not everyone will dig it, but those who really get into the composition and construction of music will have a field day.

You can learn more about Family Order at www.myspace.com/familyordermusic, where you can find a link to download Family Order for free for a short time. CDs are currently available only at live shows but will soon be available for purchase via PayPal on the band’s MySpace page.
Posted by Wildy at 5:00 AM

Hey, I remember when this was released! I love that album.