Review: The Riverboat Gamblers - Underneath The Owl 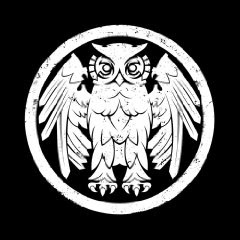 The Riverboat Gamblers - Underneath The Owl
2009, Volcom Entertainment

Denton, Texas based The Riverboat Gamblers come blasting out of the Lone Star State with some of the most honest and pure punk/pop/rock of the year to date. Their debut album, Underneath The Owl mixes that punk grit and toughness with a strong commercial leaning and big hooks. The result is an engaging album that is likely to do great things for the bands’ long term prospects.

Underneath The Owl opens with DissDissDissKissKissKiss, with guest Todd Congellier). Its a highly kinetic performance that has strong roots in punk rock but maintains a tenuous hold on pop song structure. A Choppy, Yet Sincere Apology follows; a peppy, poppy rock song that's good for dancing (preferably pogo-style). The Riverboat Gamblers are punk band with their feet firmly in the pop world or they are a renegade pop band constantly on the verge of flying off the handle and slam dancing the crowd. Underneath The Owl is that sort of listening experience. The energy here is incredible, the songwriting is average but you won't care as you're swept up in the raw testosterone and vinegar The Riverboat Gamblers deal in. Alexandria is a lively listen with some strong pop sensibilities, and Sleepless has the incessant, angst-filled energy that is missing from so much of modern rock. Other highlights include Keep Me From Drinkin', Steer Clear and Victory Lap.

The Riverboat Gamblers may not win any prizes for intellectual songwriting or pithy nuance, and I doubt they care. They'll just crank it up to eleven and blow the bloody roof off and dare you to keep up. Underneath The Owl is good time Rock N Roll for the masses. This is a highly commercial release that the Pop and Rock world won't see coming. If you're looking for fun, call The Riverboat Gamblers. They won't let you down.