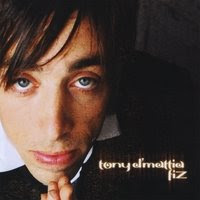 Tony D'Mattia has the market on radio-ready pop anthems practically cornered. His third album, entitled FiZ (also his stage name), is chock full of eleven highly polished pop songs that veer from straight up pop to R&B and even a bit of guitar rock. D'Mattia collaborated with Steve Holly (Wings) and producer/musician Bob Stander (The Platters, Paul Townshend) on the album, enhancing his pop tendencies without becoming a self-parody. D'Mattia displays grand ideals on stage and off, believing in the power of music to heal and change the world.

FiZ opens with This Is It, a positive rocker that's very catchy and radio-ready. D'Mattia stays upbeat through most of the album, whether in softer pop oriented tunes (High, Sending A Vine, You And Me) or more upbeat rockers (Take Me Back, No Words, Anything). The highlight of the album is the duet version of There with Janet Montalbo (amazing voice). This is a song that could be chart ready right now. If D'Mattia were to break out with a single from this album my first suspicion would be There, although Sending Is Vine is also incredibly catchy. D'Mattia also does a good job on the solo version of There that closes out the album, but the song just works better as a duet.

FiZ is a hard album to get a handle on. It's very well done: well produced, high-gloss pop music that is bound to make an impact in the commercial environment. If there is any complaint its that FiZ doesn't appear to have any rough edges. While it's a good listen, there's nothing here that makes you want to go seek out D'Mattia or his music. D'Mattia's voice is good but isn't terribly unique or interesting. The songs themselves are the sort of reusable pop format that radio thrives on but fails to make any real lasting impact. FiZ is a pleasant listen but just doesn't have that extra something that makes it stay with you.

You can learn more about fiZ at www.myspace.com/fiz. You can purchase a copy of
fiZ at www.cdbaby.com/cd/tdmattia2.
Posted by Wildy at 5:10 AM