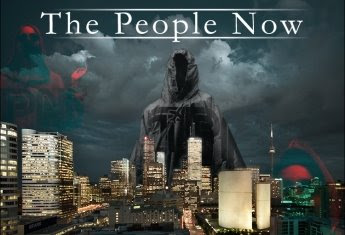 The People Now is a five piece outfit from Seattle that mixes Rock, Metal, Pop, Jazz, Contemporary Christian and even Classical elements into their writing. The result is a highly melodic and Progressive sound with deep lyrics and a strong philosophical leaning. The People Now's second demo CD, Demonstrative Romance, displays a distinctive sound that is edgy enough for Modern Rock, hooky enough to gain some share of the Pop audience, and melodic enough to play well across the spectrum.

The EP opens with Demonstrative Romance (title track) and a chorus constructed from piano, harmonies, hard rhythms and a wall of guitar sound. Vocalist Tahjin displays a great Rock N Roll voice, and the harmonies around him recall the best of the arena rock days. Have You Forgotten? is an admonition set to song, carrying a strong social message and complementary musical punch. The third track, listed as "untitled", is perhaps the best song on the demo, taking a harder, yet still highly melodic, path than the first two songs. This is the perfect marriage of Progressive Rock and Modern Rock, and perhaps helps to define the sound of The People Now as much as anything else they might play.

The People Now are an incredibly dynamic and melodic rock act you should pay attention to. These guys are on their way to somewhere, and even if you don't dig what they're doing right now it’s worth keeping your ears on them just to see where they might end up. I highly recommend The People Now as a band of interest. The time will come when they won't need recommendation, or introduction. Everyone will know who they are.
Rating: 4.5 Stars (Out of 5)