Review: Alyse Black - Too Much & Too Lovely 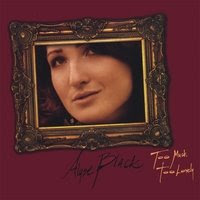 Alyse Black – Too Much & Too Lovely
2007, Little Cherubine Records

Seattle’s Alyse Black is a master of misdirection. Anyone who has heard her sing and play knows she’s headed for big things, but she almost missed her calling. A completed but never submitted application to Juilliard was the first step to business school and the corporate world, but Black just couldn’t hide from her muse. Alyse Black sings with the soul of Billie Holliday, the panache of Tori Amos and the whimsical glee of Regina Spektor. Her latest release, Too Much & Too Lovely is a smashing introduction to an artist who defies genre and description.

Imagine Sarah Slean meeting Fiona Apple and Tori Amos for lunch, and Billie Holliday and Regina Spektor stopped over to the table to say high. Somewhere in there you’ll find most of the qualities that Alyse Black brings to Too Much & Too Lovely. Her voice is drop-dead gorgeous, with a strongly sensuous sound that hearkens back to the great ladies of jazz. The music is decidedly modern with serious nods to that other era. Emeline opens the set as a peppy pop/rock song with an almost campy Vegas feel to it. Wouldn’t It Be Nice is the sound you’d get out of Norah Jones if she could project attitude. Complete With Sound Effects is one of the high water marks of the album. The song takes on consumerism and all of the bells and whistles that get people to needlessly open their wallets; or it could be a neat little indictment of the music industry.

Sally All My Days is a song about the sort of love that can move the world. In this case it’s about a sister, but the song is particularly touching and honest. Shy captures the stage in a relationship where fear and excitement wrestle for dominance perfectly, while Love Tonight? is full of the confidence of love. Be sure to check out Call It Quits, a bit of Tori Amos-style musical pathos that questions a relationship simply on the basis that so many fail. I particularly enjoyed This Machine with its 1970’s Captain and Tennille-style vocal line set against the edgy alternative piano rock compositional style. And don’t miss Too Much & Too Lovely (the title track). Don’t be surprised if this song eventually works its way into the standards songbook.

Alyse Black’s voice and style will garner her significant attention, but it’s her songwriting that seals the deal. Black brings a direct subtlety to her lyrics and backs it up with a panoramic musical experience that runs from jazz to blues to rock and even incorporates the occasional quasi-classical theme. The result is an album that spans genres and sounds to the point that it borders on transcending popular music. There are a couple of slow moments on Too Much & Too Lovely, but on the whole the album is excellent.

You can learn more about Alyse Black at http://www.alyseblack.com/ or www.myspace.com/alyseblack. You can purchase a copy of Too Much & Too Lovely at www.cdbaby.com/cd/alyseblack.
Posted by Wildy at 5:32 AM