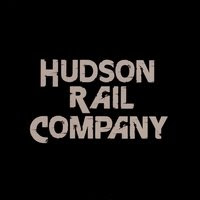 Hudson Rail Company is a neo-Classic Rock Quartet based in Jersey City, New Jersey. Raised on bands such as Led Zeppelin and The Rolling Stones, Hudson Rail Company marches to a similar beat to these bands and modern classicists Black Rebel Motorcycle Club. Their self-titled EP, released in 2008, is a solid collection of classic rock influenced songs sure to satisfy both Classic Rock and Modern Rock fans.

Hudson Rail Company opens with City By The Ocean, a straight up classic rock song with a groovin' bass line. You'll find yourself dancing and singing along to this highly commercial offering. Take Their Toll sounds a bit like a stripped down Live, with LV Leigh Wilson sounding a lot like Ed Kowalczyk Mystery Madonna finds Hudson Rail Company in a similar mold, although the guitar work here reminds me a bit of Lowest Of The Low (but still with Ed Kowalczyk on vocals. Wisdom sounds very radio ready, with some great guitar work by Arun Viswnathan. Superstar Tonight brings a bit of the rock star glam feel to a modern rock arrangement in a song that seems like it should be a concert favorite. Hudson Rail Company saves the best for last on Friend Or Lover.