Review: P Bailey - Find Me Somebody 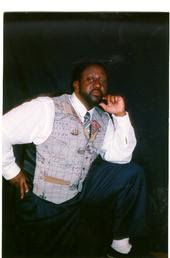 Montreal's Paul Bailey is a purveyor of highly produced, electronic pop that ranges from mellow ballads to mid-tempo dance music. Originally from the UK, Bailey found his love of music early on. His latest release, Find Me Somebody, is a hybrid of R&B and electronic music forms.

Opening track Mystery is firmly ensconced in synthesizer and electronic effects. P Bailey even gives his voice the full electronic effect. It's a marriage of organic and electronic where electronic is the dominant partner. The song itself is fairly basic Pop/R&B, but the arrangement is too divorced from the human component to have a lot of life. The remix of Find Me Somebody has more energy and drive but still feels somewhat automatic. Beautiful (Marlon G'z Buzz Mix) is designed for the dance club, and may find some limited play there. Part Of Me (Smooth Vocal Mix) is the first track on the album that sounds real or alive at all. Up until this point anything you've heard could have been completed entirely by computer. P Bailey's vocals here at least sound like he's feeling some of what he's singing.

Melody is built around an interesting piano line, but once again the technology takes over and the artist becomes lost in it. Bailey hits a little closer to home on I Want U and It's All That, but there is still this pervasive lack of persona that runs through most of the album. Find Me Somebody shows some talent for production, but the compositions come across as flat to lifeless. The occasional expression of personality is swallowed in the technology he uses, not just blurring the line of humanity but in most cases stamping it out completely.

You can learn more about P Bailey at www.myspace.com/wwwmyspacepbailey. You can download Find Me Somebody at www.mynoisyplanet.com/PBailey.
Posted by Wildy at 5:00 AM